It’s January. A new year has begun, and I have that fresh feeling. Like the world is there for my taking and I can do whatever I put my mind to. I was also born in January, so I generally feel invincible at this time of year (before the birthday.. after birthday I am depressed about getting on).  But of course, this feeling slowly dissipates during the first few weeks, and I generally come back down to earth with a giant thud after being back at work. Back to the grind, back to corporate reality. This is how each year begins with me, resolutions are quickly forgotten and the repetitive daily rhythm takes over.

So this year, I have not made any resolutions. Instead, I thought of reflecting upon the year gone by. This is not something I do often (remember I daydream too much)! But, since the idea was not to make resolutions that I may never keep, I thought let’s take a reality check and see what I have really done. Here they are –

1. I started to blog

Yes! I started it. I possibly haven’t done as many entries as I wanted to, but I started it. I had been thinking about this for a while. I wrote a few articles, admired other bloggers from afar, but, I never started it. One day I just got up, went on WordPress, and created an account. As with most things in life that truly interest you, this was all I needed. I was on a roll. I started in the morning, and didn’t get out of my chair till past midnight. I was setting up the themes, understanding tips and tricks, looking at other blogs, blah blah. I could have kept going, but then I had a day job to get to the next day. All that needed to happen was that first step of setting up the account. After a long time, I was so engrossed in something. I had passion, I felt alive, it was addictive. I wish I can do this for a living, but I can’t. I’ve always wanted to write, and now, I am, in one way or the other. So bravo to me for starting to chase a dream by taking one small step in the right direction.

2. I learnt the true art of asking for forgiveness, and forgiving

This was also a very significant moment for me. It made me realise that holding onto a grudge is not the way to be. Especially if it was with someone who mattered. I had fallen out with a friend. A very old friend. I had known her from a time long gone past. So for about a year after the falling out, I kept thinking that something had to be done. For old times sake, I couldn’t just let it go! In a very surprising move to myself, I reached out and told her that was going to be in town (I was back in Australia for a short break). We met, talked it out, ate waffles, laughed about old times and hugged. We quickly realised that, no matter how long it has been, and how far apart we were, there were so many memories between us. All it took was the first step, an action, the swallowing of pride, and 5 minutes of my life to send an email to reach out. It was that easy. It was that easy to mend a broken fence, that mattered. Don’t waste time clinging on to anger. Say sorry, chances are they want to do the same.

3. I learnt that sometimes, you must do what you want to do. Not what the rest of the world wants you to do

There is a long story behind this, so I won’t elaborate on the back story. However, last year for the first time in my life I learnt that when it really matters, you must do what the heart desires. Not what the rest of the world expects of you, not what ‘tomorrow’ expects from you, but what you need, today. It is liberating. You feel empowered to do what ever you want to. You will experience a feeling like no other. The feeling that life is what you decide, and what you make it out to be. So in the end, you must choose, only you. Don’t let fear guide you, let your heart decide. Life moves on, time moves on, how do you want it to move on?

4. I learnt to give all you can to the people who matter

I know this sounds fairly trivial, but we all take the people in our lives for granted. Especially friends. We don’t feel ‘obliged’ to see them, and also know that they won’t judge us. So, we think they will always be there, and get so caught up in our daily routines. Again due to certain happenings over last year, I learnt that the time you have with people right here right now is the most precious of all. Don’t waste it. If you got time for them, make it really count, if you want to shower them with gifts, do so, and don’t expect anything in return. Just give. Just give love, time, make memories. They last a life time. Who knows where you will be next year, who knows where they will be next year? It’s a transient world now. But memories last, and transcend all boundaries, and keep you smiling forever.

So there. I put them down in words, and I feel better about 2013. No resolutions for 2014, only that I want to make it better than 2013. Now I must go and take the christmas tree down… 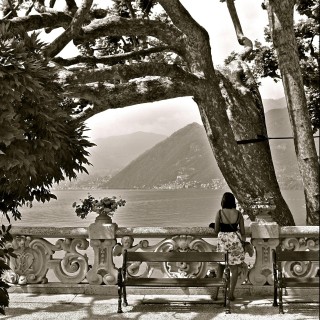